Clubface Square to the Target, Not Open

A typical bunker shot would require you to open the clubface while setting up. This is not the case for plugged lies such as this one. Instead, position your club inside your hands so that the clubface is square to the target. This will allow the club to dig a little more into the sand, rather than nicely bouncing up which in this case could result in your club hitting the ball directly. 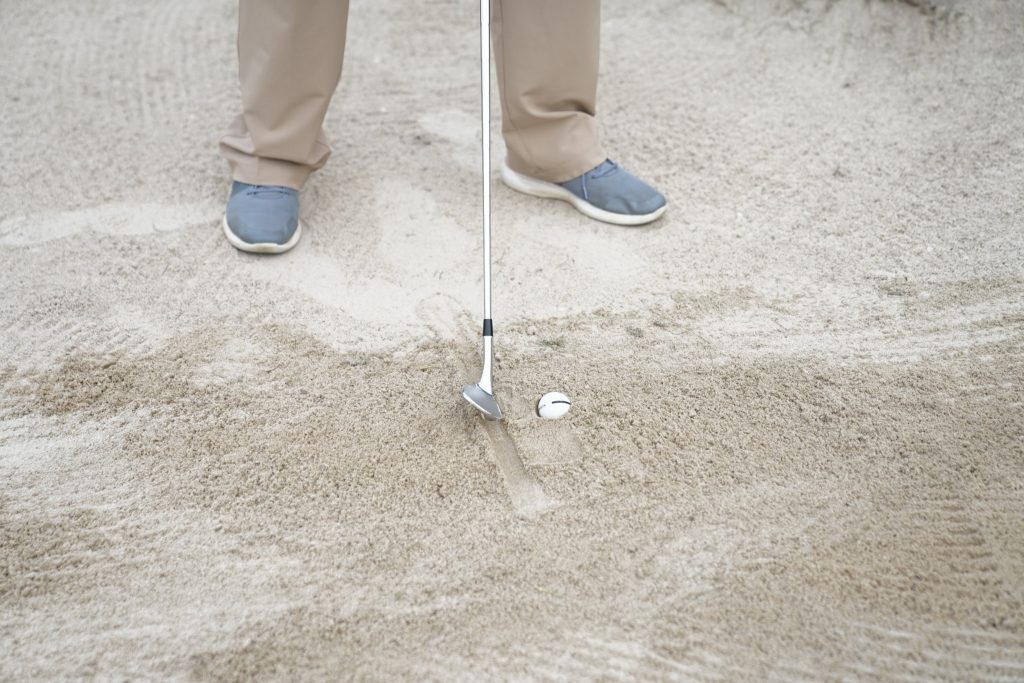 This is due to the fact that the ball is sitting deeper into the sand than it normally would be. Aim 3” Behind Ball Instead of 2”

In order to make sure the club will still travel underneath the ball rather than striking it directly aim to hit the sand around 3 inches behind the ball.

This is in contrast to the 2 inches target that is usually associated with a typical bunker shot. Go for a Full Aggressive Swing

In order to promote an aggressive and accelerating swing approach the shot with the objective of a full backswing and a full follow-through. 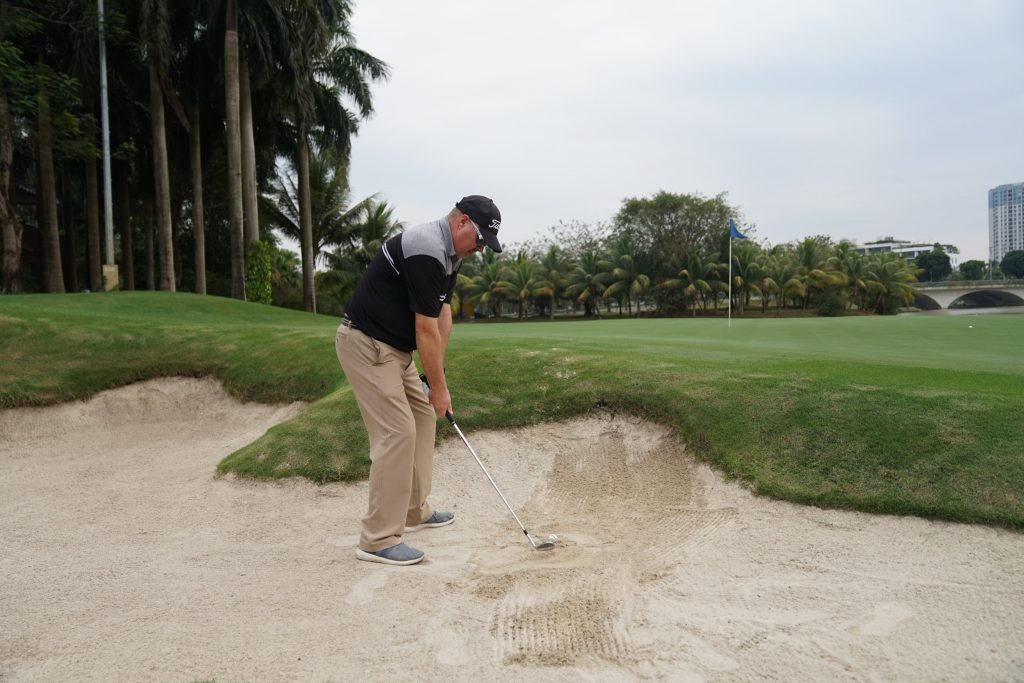 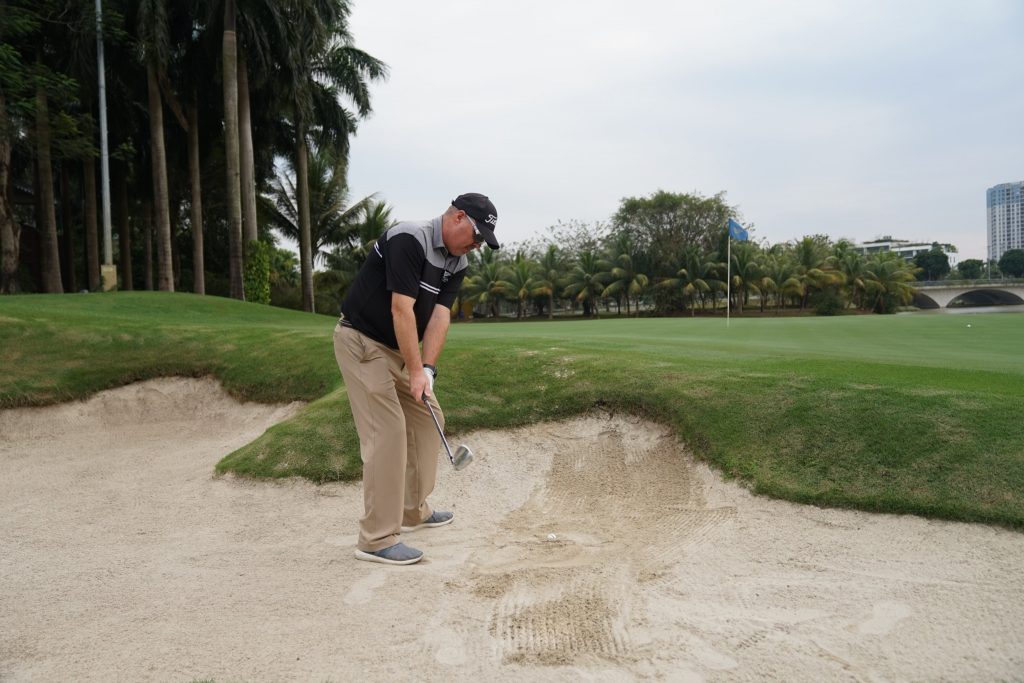 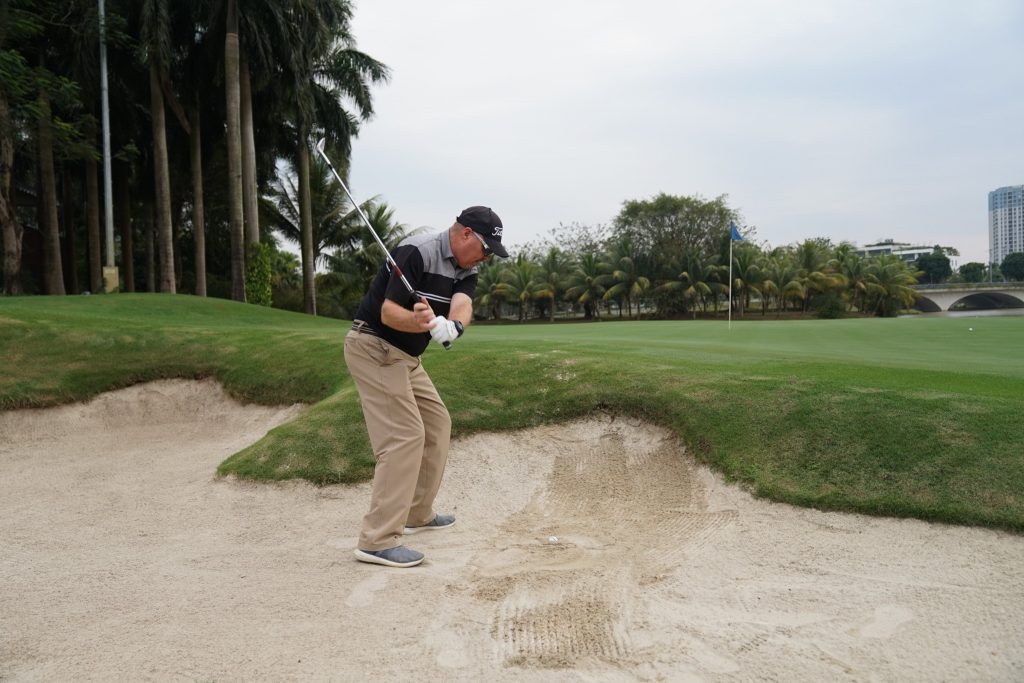 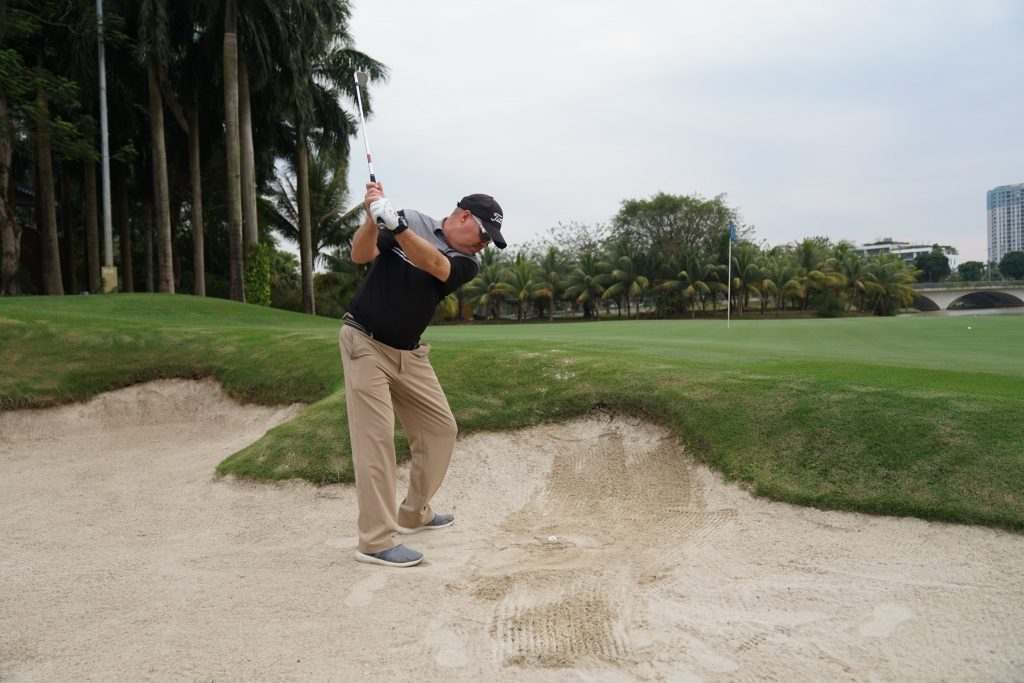 In some circumstances, it is quite possible that the resistance of the sand will not allow for full follow-through. But still, aiming for one will help make sure your swing accelerates into impact and gets the ball out of its location and onto the green.